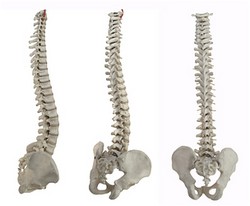 What is Chiropractic?Taking A Natural Systemic Approach To Healing Chiropractic is an overall way of looking at the human body. It's based on the idea that the body is self-sustaining and self-healing. The body is in essence completely controlled by the brain through its connection via the spinal cord and the vast networks of nerves that make up the body. When this system is not functioning at its peak, the overall performance of the human body is lacking. In the chiropractic world, drugs and medicine are not utilized as a form of treating a patient. While supplementation and nutrition are almost always a part of the bigger picture, drugs and prescriptions can be viewed as band-aids to treat symptoms rather than going to the source and treating the real problem. While it's often perceived that the chiropractor is solely here to treat back and neck pain, this is simply a small piece of what the profession really is capable of handling. Chiropractors not only treat soft and hard tissue problems such as sciatica and joint pain, but are largely called on to deal with more significant issues. Some of these issues include fibromyalgia, allergies, insomnia, headaches and many more.

Chiropractic is based on the idea of removing imbalances both structural and postural in an effort to allow our body to heal itself. For this to happen the network of nerves and signals from your brain, down your spinal cord, to the network of nerves must be allowed to flow freely without any interruption. Chiropractors have the ability and skill to remove these interruptions or misalignments and allow the body to perform as it was meant to.If you've ever been in a car accident, played a sport, fell down or just bumped into something too hard, it's very possible that you are not functioning at your best due to a misalignment. While there are many potential mechanical or structural causes for misalignment, there are also chemical reasons. For instance, if you smoke or drink excessively or even just have a poor diet, the chemical issues in your body can eventually cause underlying conditions and disease to appear.Allowing a chiropractor to get you back on track both chemically and structurally will bring your body back to the proper state it should be in to perform at it's peak.

When a vertebrae becomes misaligned or moves out of its normal position, this is referred to in the chiropractic profession as a subluxation. Subluxations can be caused by a wide range of issues ranging from a minor slip or bump to a car accident or any sudden trauma. When a vertebrae is subluxated, it begins to put pressure on nerves, blood vessels and everything around it. This pressure comes with a price. The subluxation interrupts the natural pathways that the messages sent from the brain need to be clear in order to be completed properly.

As time goes by and a subluxation remains untreated, the spine and surrounding features such as discs can begin to degenerate. This degeneration becomes more difficult to reverse as time goes by as the surrounding muscles, nerves and bones begin to adjust to the new shape. The body is an amazing machine. It will start to accommodate these changes by compensating in other areas. The longer this goes on, the more difficult it is and the longer it takes to get back to near perfect position.

We look forward to hearing from you!

Find us on the map

Find Out When We Are Open