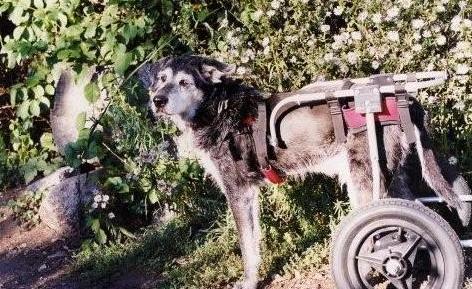 Bullwinkle had a rich, full life this last year with much credit owed to you and your care of him. With your help, Bull continued to walk with renewed energy and stamina. He never compromised his dignity, and with his efforts and yours, he was strong to the end.

We hope to help other dogs and their people with Bullwinkle's story, and will continue to spread the word about alternative therapies for animals. You and Donna make a great team and Bull enjoyed being an ambassador for you and your work.

Bulls indomitable spirit inspired many lives. Thank you for being part of his.

When my daughter was 3 1/2 years old, she was diagnosed with "Benign Rolandic Epilepsy" --- a condition which causes her to have seizures during the beginning stages of her sleep. Two neurologists told us that this is the most common form of childhood epilepsy and is called "benign" because almost all children affected with it, outgrow it by early puberty. Although this prognosis was comforting to hear, it did nothing to allay our anxiety or reduce our stress levels every night at bedtime.

She began having seizures once a month for the first two months, but quickly progressed to a fairly predictable pattern of 6 to 8 seizures every four weeks. In an effort to avoid the unpleasant and potentially dangerous side effects of daily epilepsy medication, we sought alternative approaches to dealing with the seizures. We tried nutrition modification, herbal treatments, cranio-sacral therapy,, neurodevelopmental therapy focusing on brain patterning, homeopathy, and a variety of natural supplements, some of which we continue to use. However, despite all this, her seizures continued and even became longer in duration, sometimes involving her entire body.

Finally a friend recommended chiropractic treatments with Dr. Ramsey, which we began approximately 2 1/2 years ago. Although I was open to almost any alternative approach at this point, my only concern was that my daughter was not going to be a willing and cooperative participant because of her aversion to laying in a horizontal position for the adjustments. Much to my amazement and relief, Dr. Ramsey was incredibly gentle and understanding with my daughter, who is very shy and sensitive. She took the extra time and effort to relate to my daughter on her terms in a very comforting and reassuring manner and said that she could perform the necessary adjustments with her in a vertical position.

After her first adjustment, our daughter went 5 1/2 weeks before having another seizure and then only had 2 that month, instead of her usual 6 to 8. We continued seeing Dr. Ramsey on a regular (3x per week) basis and the following month she skipped seizures altogether and went almost 10 weeks before having another --- and then had only one that month!

Needless to say, we were thrilled!!! The seizures continued to improve over the following two years, with her going progressively longer between seizures and less in number. Now we see Dr. Ramsey once every two weeks and my daughter has been seizure free from seizures since July 5 2009! Every day I prayed that the Lord would lead us to the right person for a natural remedy. He answered my prayers with Dr. Ramsey!!!! 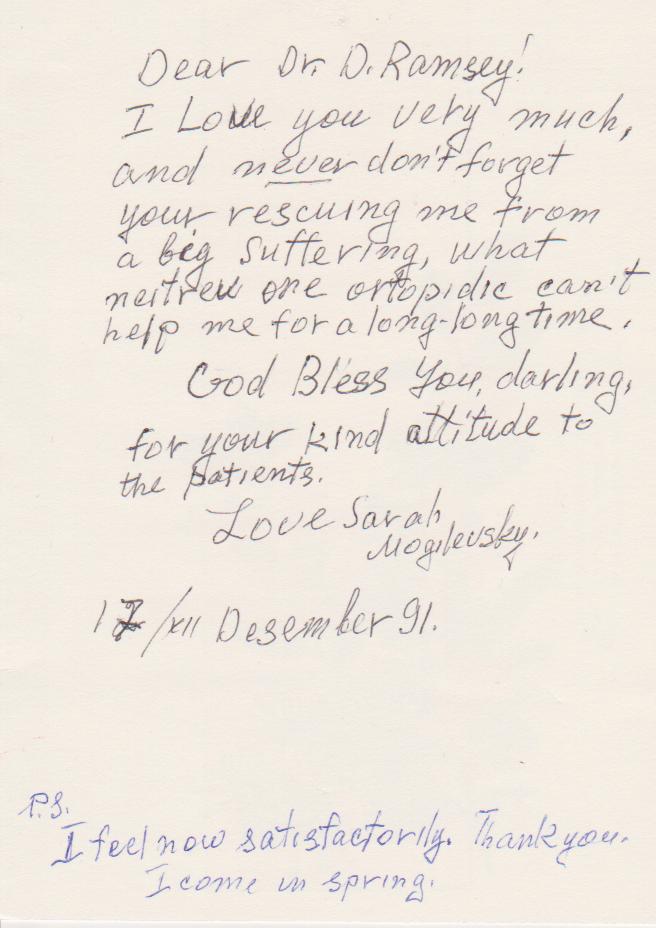 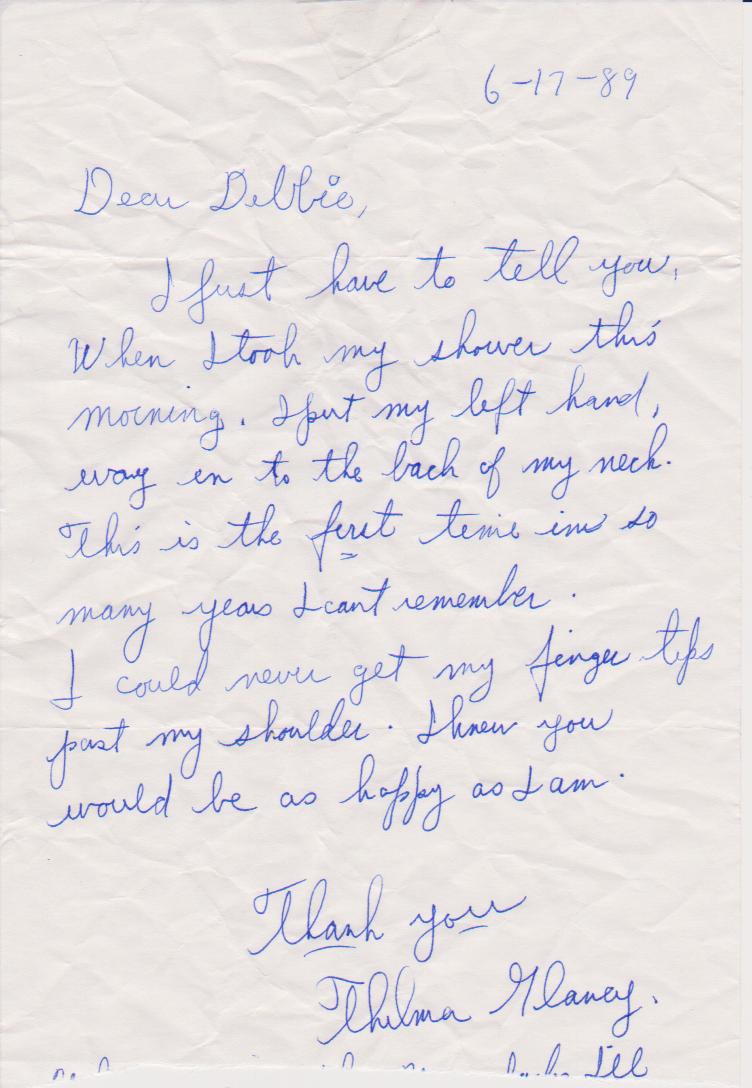 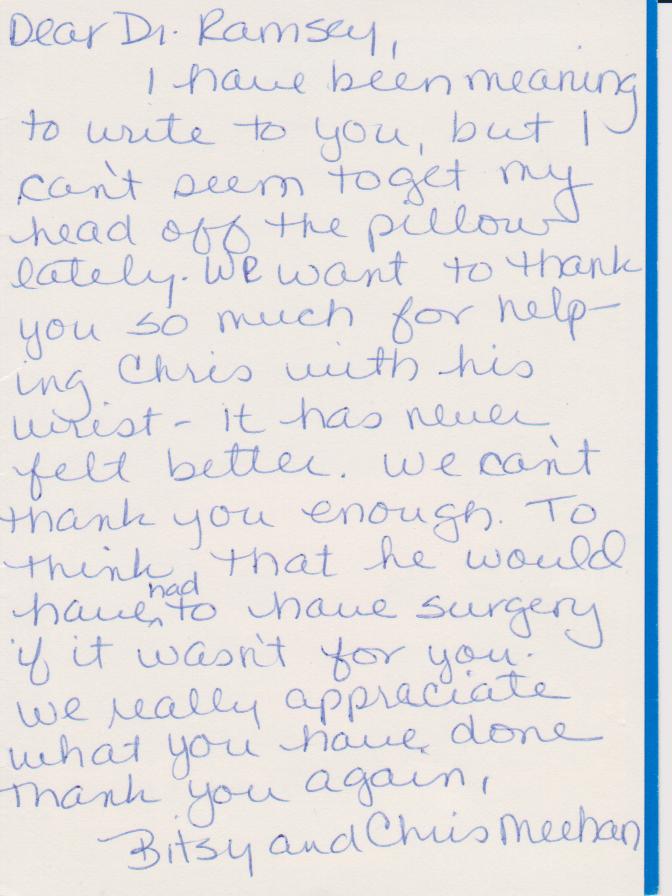 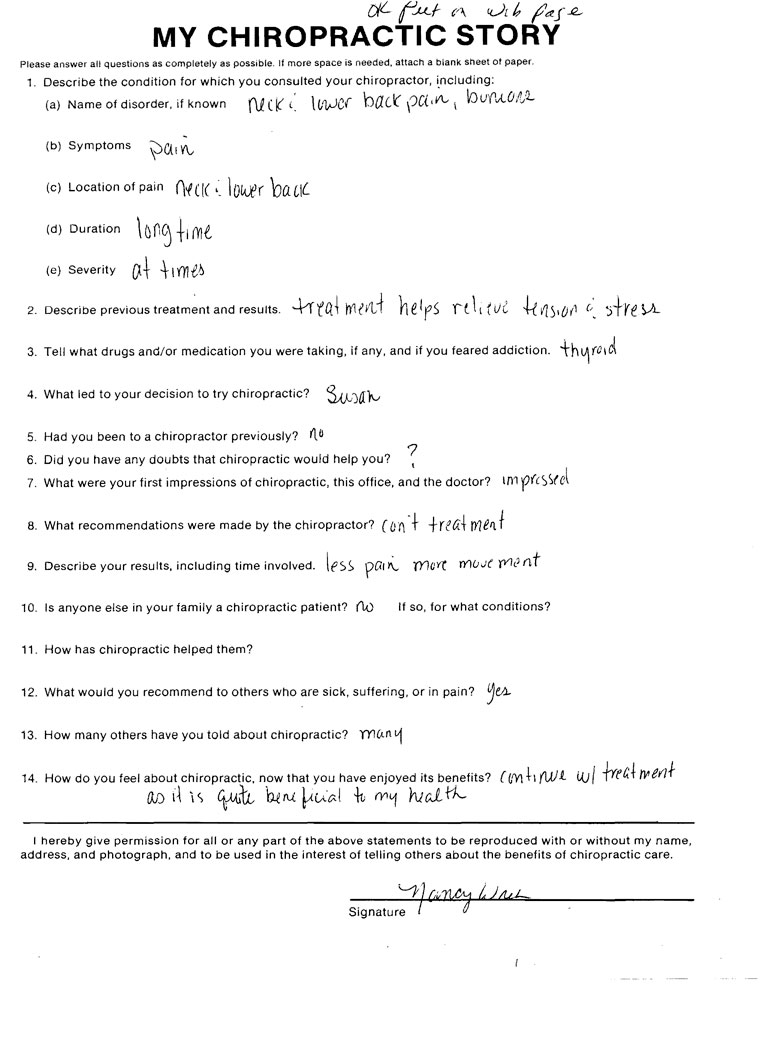 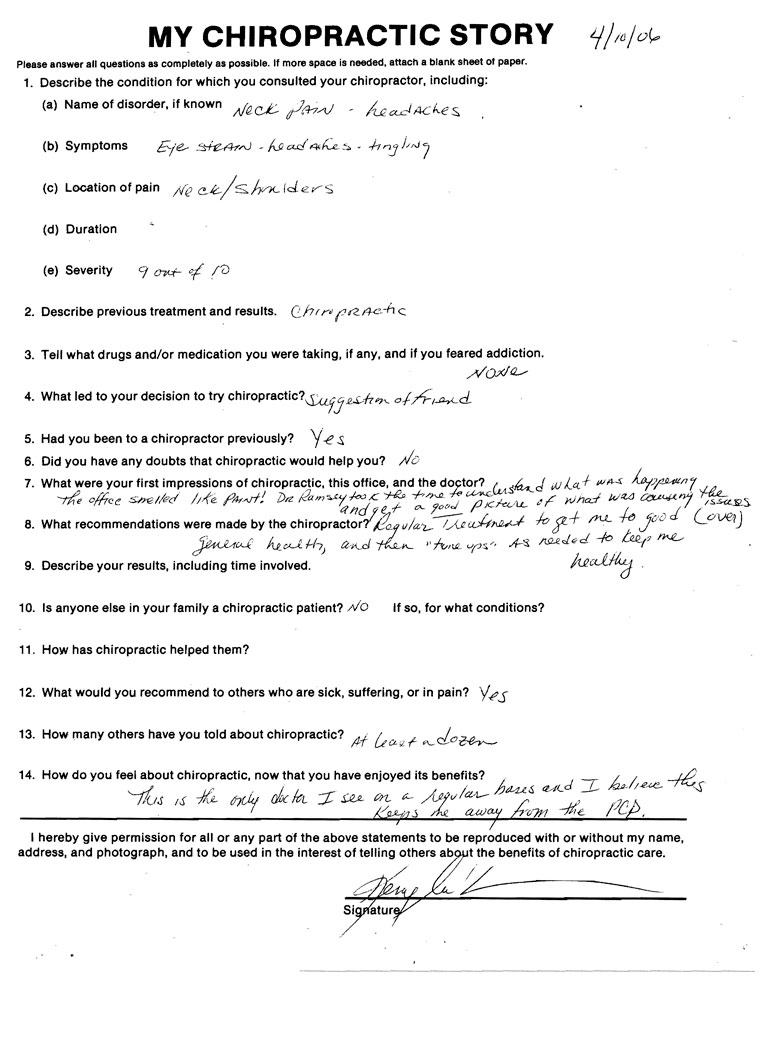 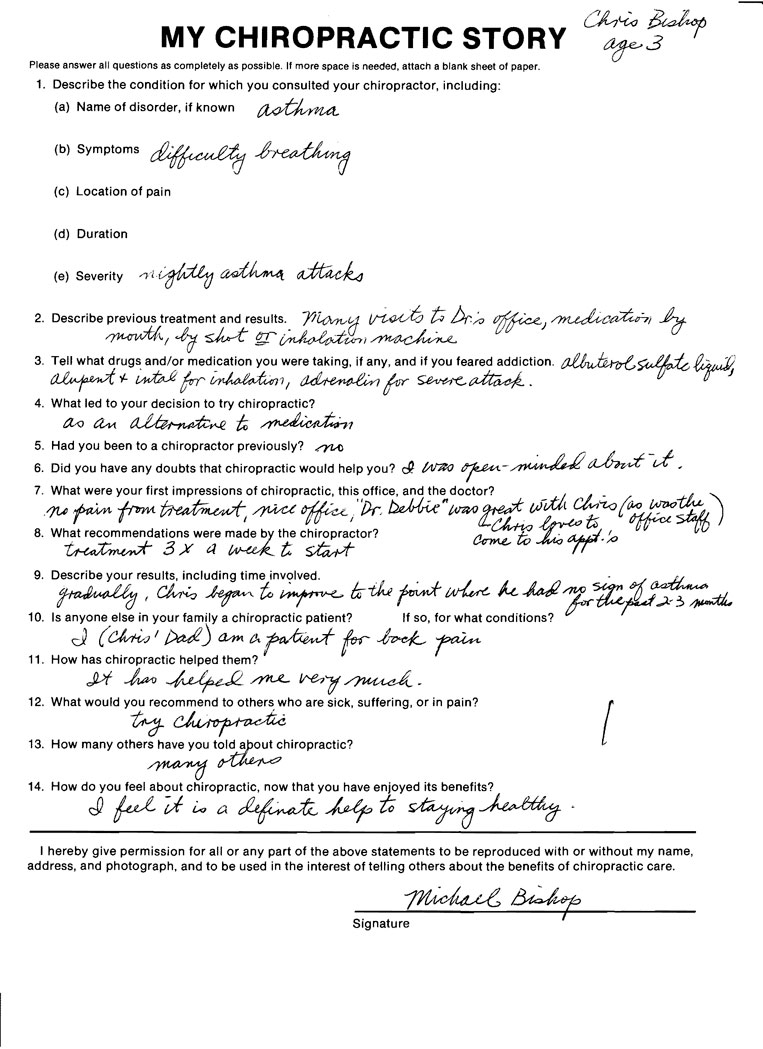 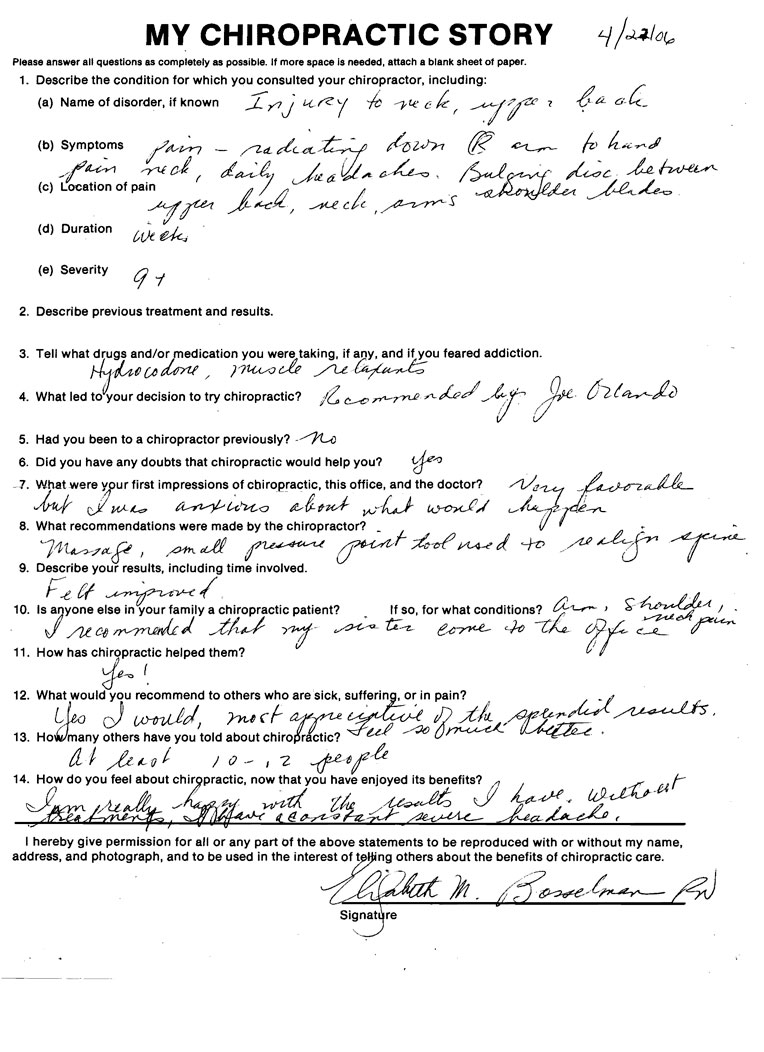 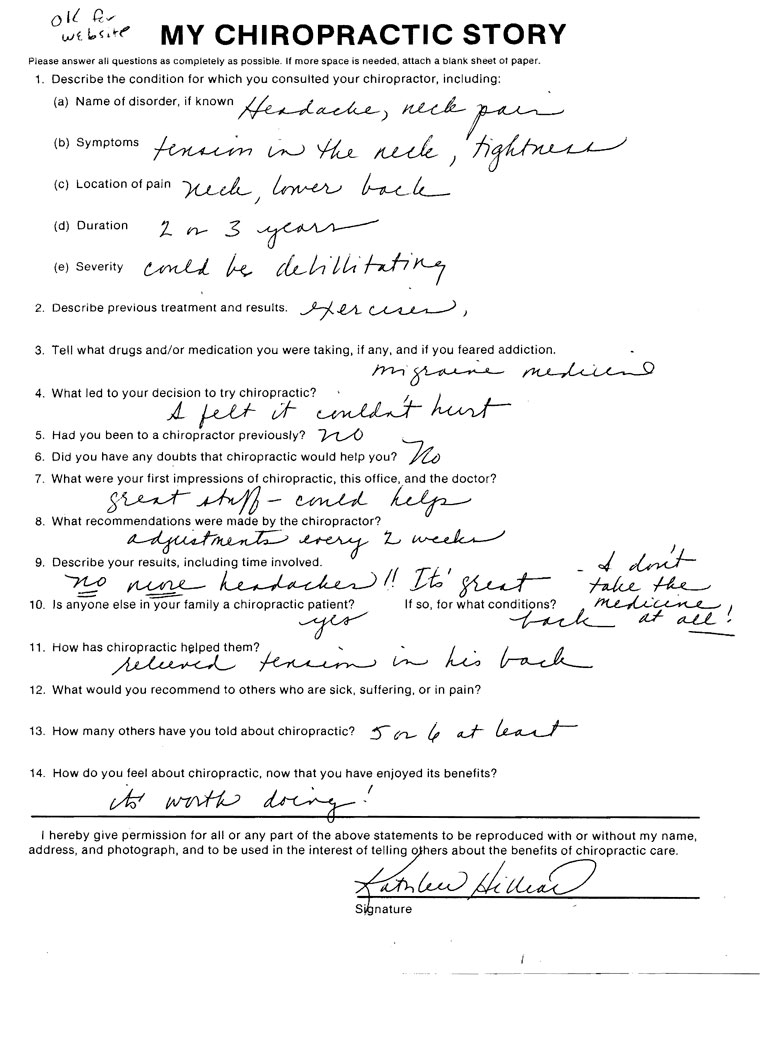 We look forward to hearing from you!

Find us on the map

Find Out When We Are Open